St. John’s is in a discernment process of being a sanctuary congregation.  To kick it off, worshippers were given an opportunity to explore the issues surrounding immigration as well as reflect on the creation story through prayer stations. 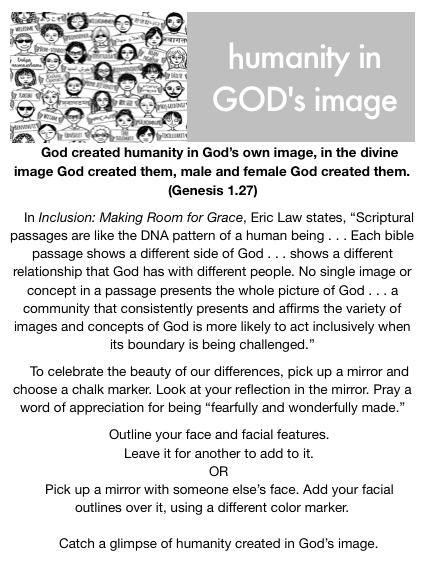 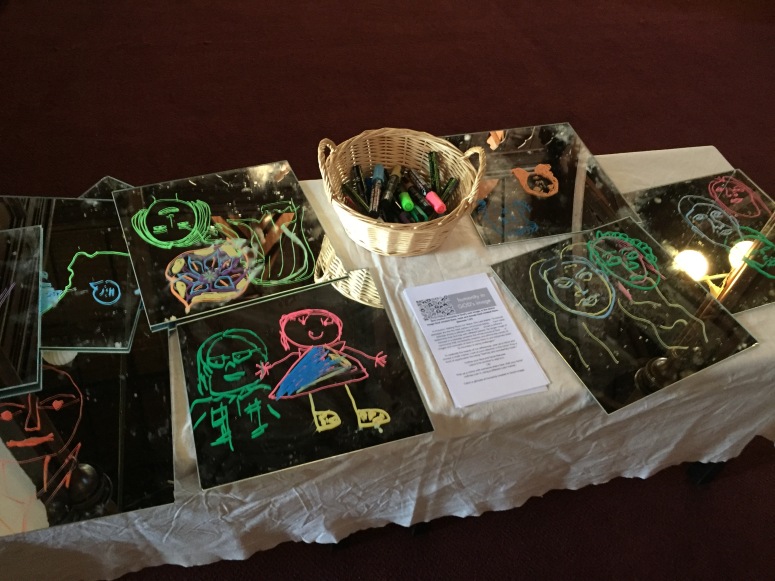 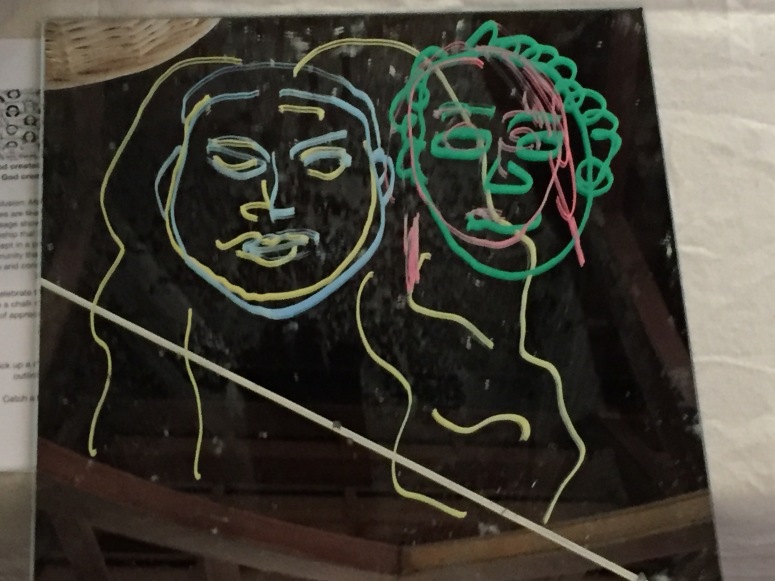 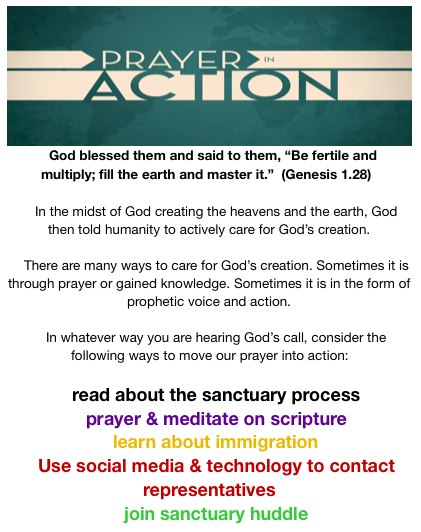 Sanctuary at St. John’s – Process (This document was inspired by the process that the Congregational Church of San Mateo went through.)

Pray in action examples – (Examples include using social media & text to contact representatives, recommended books on stories about immigrants, and scripture mentioning immigrants & the stranger as well as a card to join the Sanctuary Team.)

Interactive Prayer Station #3: When We Were Migrants 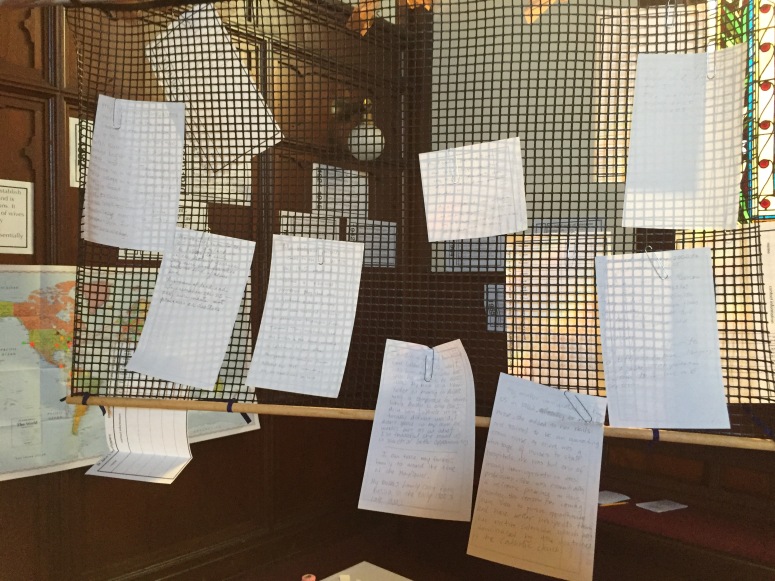